Alexander Heilner is a multi-disciplinary artist and photographer whose work inhabits both fine art and documentary initiatives as he investigates the relationship between artificial and natural elements within the environment, and within our culture. A winner of the prestigious Baker Artist Prize, Alex has exhibited, screened, and performed his work nationally and internationally, from the walls of MoMA to the catacombs of Brooklyn’s Green-Wood Cemetery. International photography festivals including Pingyao, Sienna, and Daegu have featured his aerial photography and he has been awarded numerous grants and commissions in support of his ongoing environmental projects.

Alex is presently engaged in two long-term endeavors which document radical shifts in our physical and social landscapes due to climate change. Draining the Colorado (working title) catalogs the diminishment of water throughout the Colorado River Basin; while The New Arctic examines the imminent and rapid changes occurring in Arctic coastal communities. For over a decade, Alex has also been photographing the elaborate campsites that serve as “home” for citizens of Black Rock City, the temporary desert metropolis built each summer for Burning Man.

Alex’ editorial and fine art work has been featured in National Geographic, Politico, The Guardian, The Chronicle of Higher Education, JPG, Details; myriad websites including Wired, Ain’t-Bad, Business Insider, and Design Taxi; and he has produced numerous photo essays for public radio’s Marketplace. Nearly 200 of Alex’ photographs are featured in the Encyclopedia of New York City, published in 2010. Alex was commissioned by Johns Hopkins Hospital to create digital collages which are featured throughout its complex and Baltimore magazine named him the city’s best photographer in 2012.

Alex earned his B.A. at Princeton University and his M.F.A. from the School of Visual Arts in New York. He has been teaching photography at MICA / The Maryland Institute College of Art since 2003, and served as MICA’s Associate Dean for Design and Media Studies from 2011 to 2018. Previously, Alex taught photography and digital imaging at NYU, as well as film and video production at SVA. He has also served as the director of the photography program at the JCC in Manhattan. 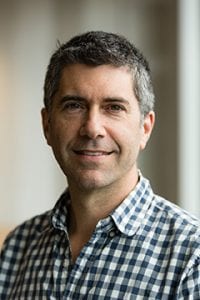