Hey L.A. Friends! ALONG THE COLORADO will be opening at the Diana Berger Gallery in Walnut, CA next Thursday. When this show originated at the Nevada Humanities Council in Las Vegas this summer, curator Sapira Cheuk included my recent aerial videos from Nevada and Arizona. This iteration will feature a bunch of my still photographs ...Read More 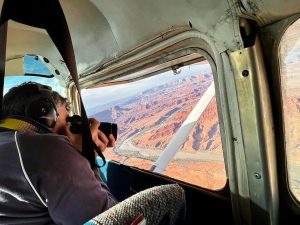 Huge thanks to LightHawk for getting me in the air again this weekend. I was able to photograph the Colorado River through its most remote (and beautiful) section, from Moab to Lake Powell. Photos will be added to “Draining the Colorado” shortly. Specific thanks to pilot extraordinaire Kelly who flew up from Taos for the ...Read More 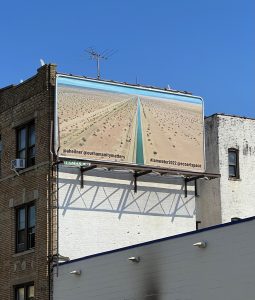 My photograph of the Coachella Canal is featured on a billboard as part of #iamwater2022, a public art project hosted by @ecoartspace and @ourhumanitymatters. Nearly a dozen artworks are displayed on billboards around New York City, and mine can be seen over Empire Boulevard in Brooklyn, just a block east of Prospect Park and the ...Read More 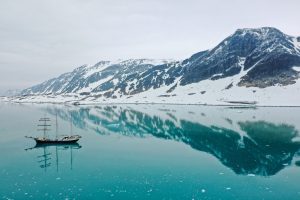 I’m just back from three weeks in the high Arctic, and slowly dipping my toes back into my default world. I had the privilege of taking part in the Arctic Circle Residency with 27 other artists and researchers, as we traveled around Northwestern Svalbard aboard the tall ship Antigua. I am continuing work on my ...Read More

This week you can see my aerial image of Morgan State University’s academic quad published in the Chronicle of Higher Education. It’s a commission for a great story about the efforts among HBCUs to attain R1 status as research universities.